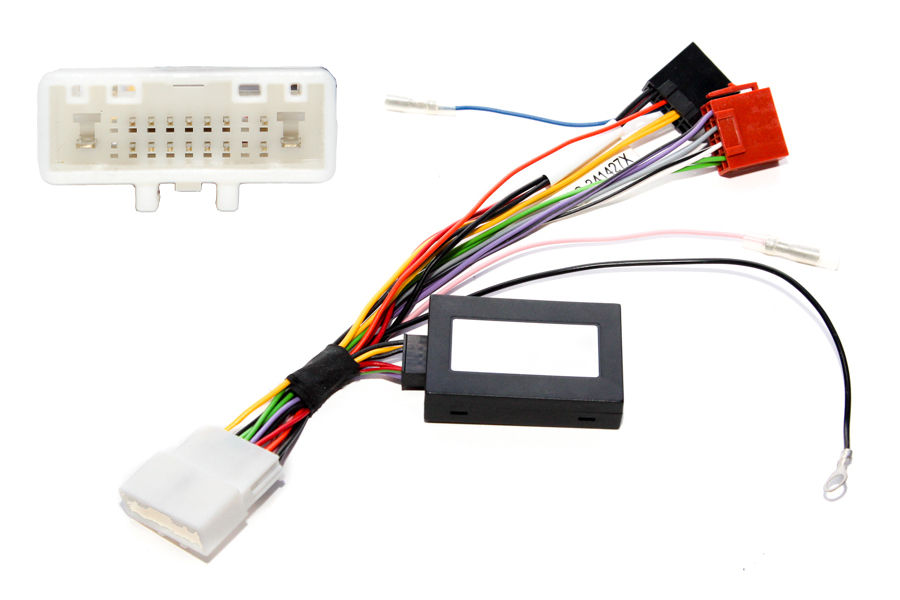 NOTE: An additional patch lead is required for the steering controls depending on the make of radio being fitted.

Steering wheel control interface and adapter cable for Nissan Navara D40, NV200, Pathfinder, Patrol and Qashqai cars with 6 function audio controls on the steering wheel and 20 pin connectors at the back of the radio. (Does not include the i button)

The interface and radio adapter cable is plug and play, it is used to connect an aftermarket stereo upgrade and retain the use of the volume, track skip, phone and source buttons from the steering wheel with the new radio.

The cable adapts from the 20 pin Nissan connector (the connector has a larger size terminal at either end of the connector) in the car to standard aftermarket ISO connectors. This replaces the need for a separate ISO radio replacement adapter cable.

The steering wheel control interface is built in to the adapter cable for a plug and play installation.

Must be used with patch lead to suit make of head unit being fitted.

This interface fits cars with the newer 20 way car audio connector that has two larger size terminals at either end of the connector.
These radios will also have an additional smaller connector, this is used for CD changer and navigation audio. It is not used when changing the head unit.

Below are examples of 6 function steering wheels.